Seeing the Bay through the eyes of a child 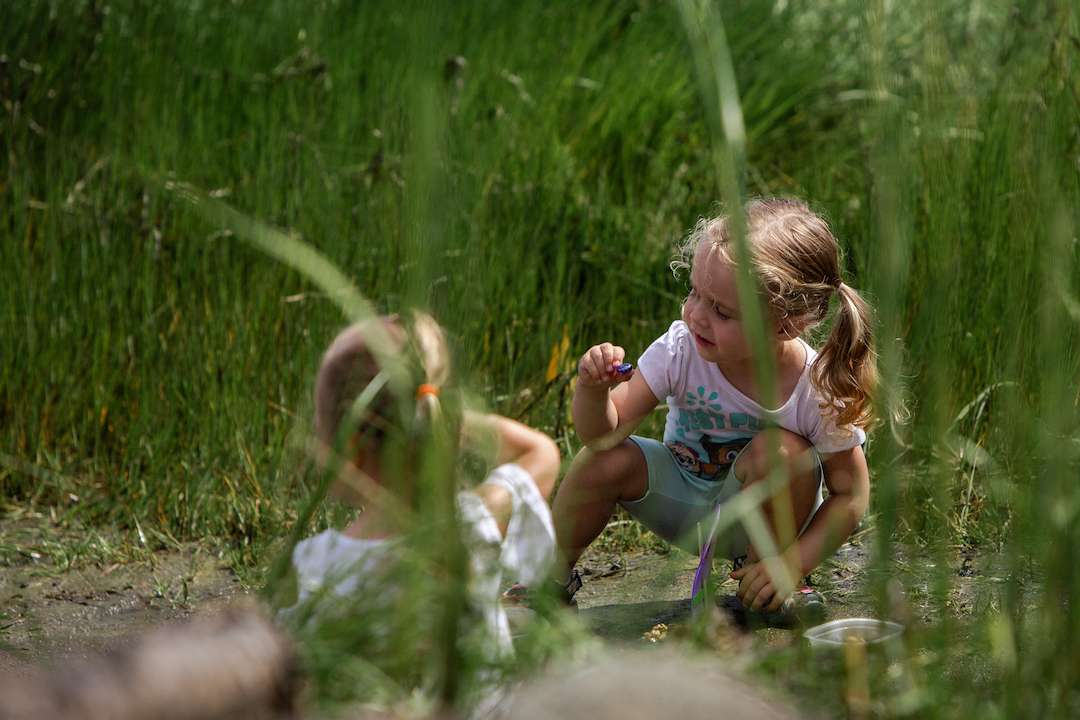 When the days are hot and the summer camps and rec programs have descended, we know the busy summer season is upon us.  The Discovery Center is often visited by children who have very different comfort levels with being outside. Either way, for me as a Naturalist here at the Discovery Center, it is always fun to explore and see Great Bay and the boardwalk through a child’s eyes.  Today, I got a good reminder of how totally new this experience can be for some. New, and so vitally important.

Leading a group out on our boardwalk, as we entered a part of the trail where the canopy begins to close overhead and it gets a bit darker, the child standing beside me suddenly grabbed my arm and stopped me.  He pointed in front of us and said, “We’re not going there, are we?” The fear was visible on his face as I replied, “Yes we are.” He clutched my arm again and said, “But we can’t go out there. Something might get us.  A bear or a lion. Something.” I took his hand in mine, looked him in the eye and said, “It’s true there are wild animals that live out here but I promise you there is nothing that will get you.” Amazingly, he agreed to keep going, so I kept his hand in mine as we began to walk again and asked him, “So do you ever go for walks in the woods at home?”  Shaking his head back and forth vigorously, he answered “oh no, something might get me.” Despite his reluctance and genuine fear, he did make the entire walk around the boardwalk with me.

From the trail, we made our way to the bay to explore the mudflats.  Another completely new experience for this child. Getting mud on shoes or hands were certainly not everyday occurrences, nor ones that held much appeal.  But he was quite enthralled to see what the other kids were finding and wanted to see it all as they held it for him. Before our time was up, I joined him at a cluster of rocks in the mud and began to tell him about mud crabs, describing what they ate and particularly how small they were.  I reached down to lift a rock exposing an extra small one. After reaching down to pluck it out of the mud, I held it out to show this boy. When I asked if he wanted to hold it, he immediately put his hands to his heart, closed his eyes, took a huge breath in, and then let it out saying, “I can do this, I can do this”.  “Yes you can,” I replied quietly, reaching over to gently place the crab in his palm as I then placed my hands under his to support him. His eyes huge with excitement and wonder, his gaze turned from the crab to me as he said, “I did it! I did it! I held a crab. I am so proud of myself.”

What a moment for that child.  The smell of the mudflat, the call of the osprey, the feel of those tiny legs on his palm, they all filled his senses to make a lasting memory and connection to this place.  What I did today mattered. 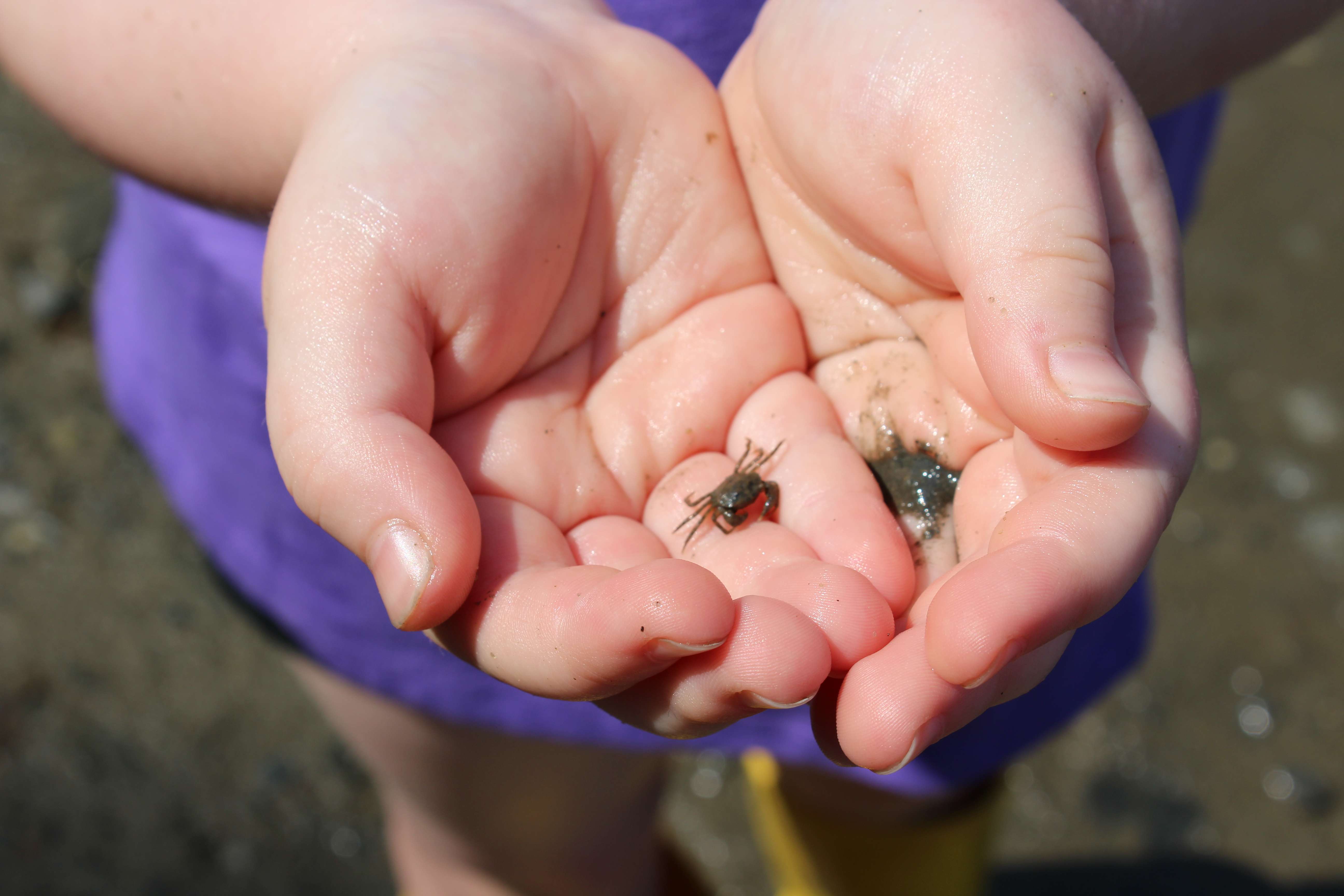