Rising to the challenge? 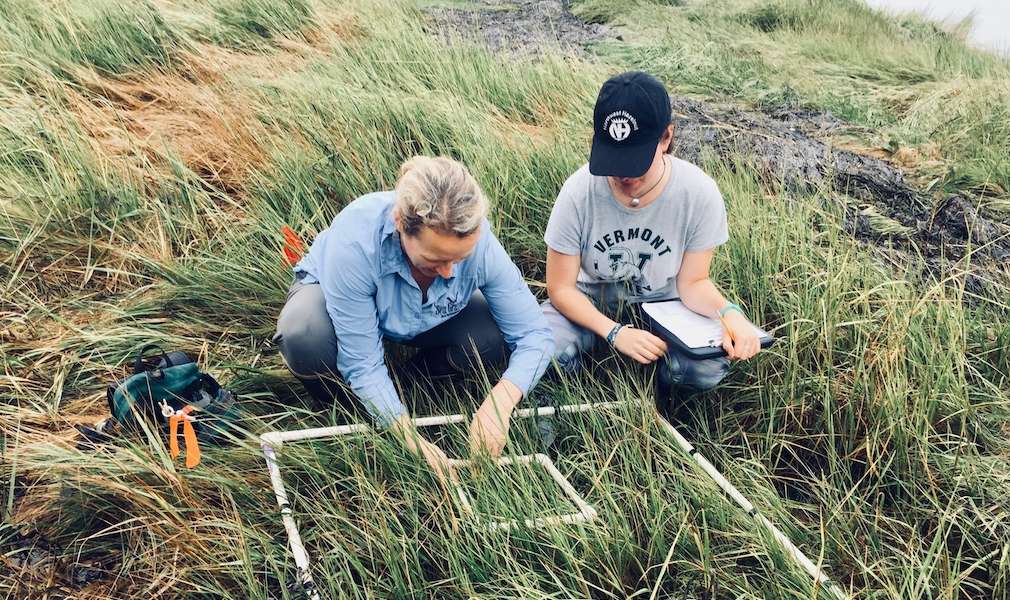 
For millennia, New England’s tidal marshes have persisted by increasing in elevation to keep pace with gradually rising seas. With regional sea levels projected to increase much faster in the future than they have in the past, the fate of many of our iconic marshes—and the benefits they provide—is uncertain. Will they be able to keep pace? Or will these highly productive grasslands “drown” and turn into mudflats.

The Great Bay Reserve and the University of New Hampshire have teamed up to lead an effort to examine the impacts of sea level rise and more frequent flooding on salt marshes throughout New England. While the team is focusing mostly on marsh plants, they are also examining related parameters such as tidal water levels, marsh surface elevation changes, and groundwater salinity. In the process, they aim to create a roadmap that other regions can use to do a similar analysis.

The team is analyzing data from nine salt marshes across Reserves in Maine, New Hampshire, and Rhode Island that have been monitored since 2010 (and some longer). Scientists from each Reserve have observed dramatic changes, particularly in southern New England, where they’re already seeing fewer plants and more stretches of bare soils. Stay tuned for final results by the end of 2019!