Stories from the Field: Missteps and Lessons Learned 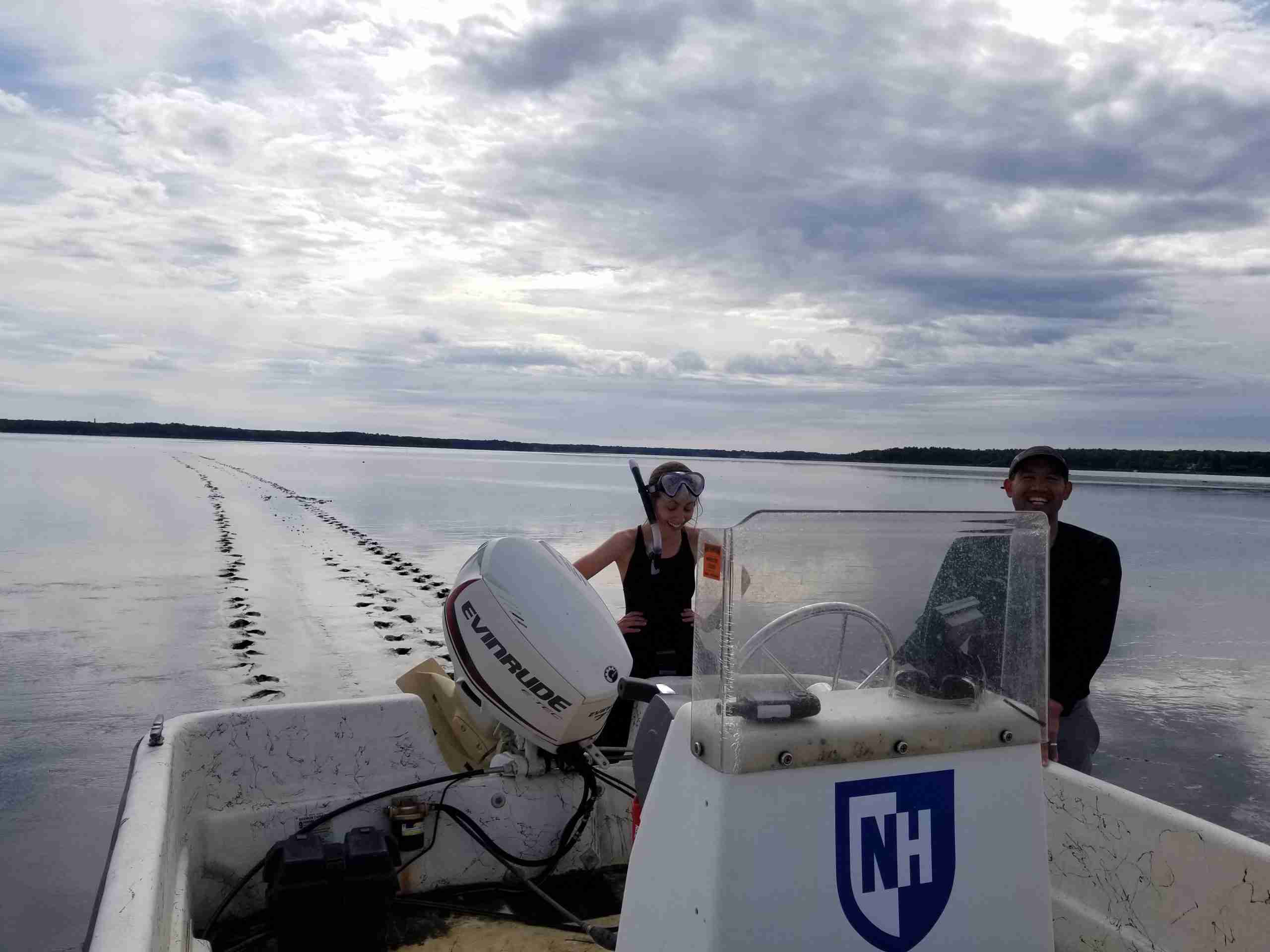 Stories from the Field: Missteps and Lessons Learned

Anyone who has participated in fieldwork has learned the valuable lesson: expect the unexpected. Even when you’ve prepared for every “what if” scenario, something will inevitably happen where you need to think quickly on your feet; whether that is pushing a boat across a mudflat to chase the outgoing tide, saving a boat from sinking using the shirts off your back, showing up to your first day of fieldwork with everything but a writing utensil, or finding make-shift tools in the field. Here are some stories from our staff and affiliates on missteps during field work.

No matter how prepared you may be for a day in the field, the environment continues to do what it does. The Great Bay is predominantly mudflats, so anyone doing fieldwork outside of a main channel has learned to be very, very aware of the tides. On one of our Davidson Fellow’s first days out in the field looking at biogeochemistry and eelgrass, the team had to sample at low tide, but they got caught on one of Great Bay’s extensive mudflats during a negative tide and had to push the boat ~1/3 mile across the mud to the open channel (don’t fear, not one blade of eelgrass was harmed in the pushing of the boat). 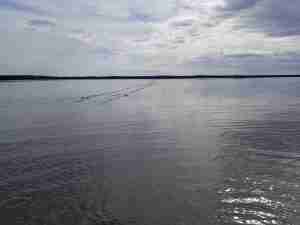 They paid closer attention to the tides after that! This same group was out on the Bay another day for this project and encountered a different boat related issue. The boat motor died unexpectedly, but before calling to be rescued by another boat, they decided to swim the boat to another site to get more data. After that, they called for a tow back to the dock. 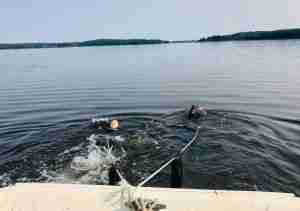 Fieldwork continually tests your ability to think on your feet. As we learned in the stories above, nothing tests this like work involving a boat. During fieldwork for invasive Phragmites research, our Research Coordinator was out on a boat which suddenly took on water between the zodiac’s hull and inflated tube. Bailing was fruitless, so to keep the boat from sinking while heading back to shore, the team all removed their shirts to plug the large gap, enabling them to barely make it back to shore.

Even when all of the equipment and boats are intact and accounted for, the weather may be the factor that challenges the fieldwork, be it sun or snow. Our Stewardship Coordinator had to build a tide station platform in the middle of the Squamscott River in the first week of December…in a snowstorm. If that doesn’t seem like a challenge in and of itself, the work also involved using a chainsaw while standing on the deck of an icy boat. Additional challenges included power access, which included a series of extension cords stretching across the water (while implemented here, we do not recommend this method). 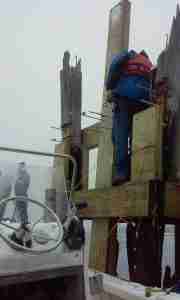 Regardless of weather, you can never have enough gear when doing fieldwork. However, it is not always possible to bring all the gear you could ever want out into the field with you, whether it is due to space constraints, physical limits, or simply convenience. During her Master’s fieldwork on wetland plant ecology, our CTP Coordinator was fully prepared with all field instruments and gear for a day of fieldwork. They canoed all the way to the site, only to realize they had no way of taking notes, because no one brought a writing utensil.

Aside from writing implements, there are times in the field when you opted to leave some gear behind, only to use what is available in the field. In one instance, a visiting scientist didn’t have a hammer to install a stake in the marsh. So, he used the next best thing, a large log, to get the job done. 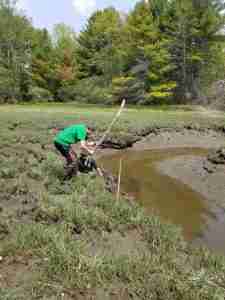