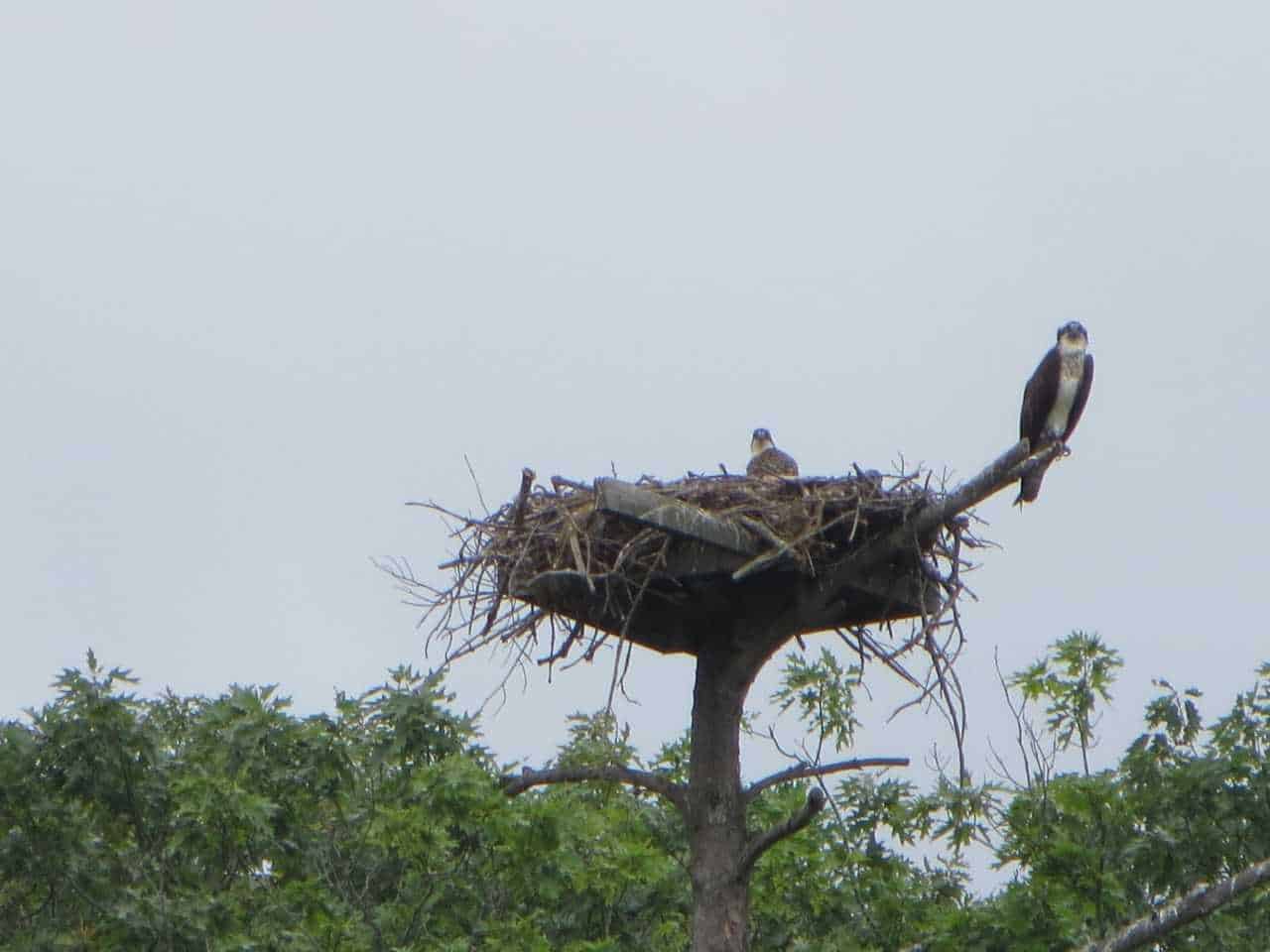 The Great Bay Estuary is home to several types of birds. Some are common backyard birds while others are wading birds like the the seasonal Great Blue Heron.  If you’re lucky, you might even see some larger predatory birds including the Bald Eagle or Osprey. Each year, several pair of osprey return to Great Bay to lay their eggs and start the next generation.

Osprey are known as the “Fish Hawk” because their diet is made up of 99% fish. Occasionally they might eat amphibians or snakes.  They can be found near lakes, estuaries, rivers or oceans as they feed on both freshwater and saltwater fish. Osprey aren’t all that picky and will prey on a variety of fish that range from 4 to 12 inches long including; herring, flounder or even striped bass. Their superb eyesight allows them to spot fish from up to 100 feet in the air. Osprey feet are equipped with gripping pads and curved talons which allow them to grab and carry fish over long distances. They will even orient the fish’s head forward during flight to reduce wind resistance.

These successful predators will create nests in tall trees or atop telephone poles which allows them to spot prey from a great distance. Osprey typically mate for life with both male and female coming back to the same nest site year after year. They are a migratory species and will breed in northern regions like Great Bay, then return south to places like Florida or even Brazil for the winter. A female osprey will lay 2-4 eggs each year. Both the male and female will take turns incubating the eggs until they hatch with the female doing the bulk of incubation. The eggs will begin to hatch after about 38 days.  After hatching, both adults will care for and bring fish to the nest to feed their young.  Juveniles will fledge from the nest and begin their own journey after 51 to 54 days.

Adult osprey look slightly different than juveniles, and females have a distinct dark feather band on their chest which makes them easily distinguishable from males.  Both males and females have hooked beaks, long talons, and brown, white, grey, and black feathers. Their wingspan can reach up to 6 feet, and they have five long wingtip feathers.  Adults have piercing yellow eyes, while juvenile osprey have orange eyes until they reach about 18 months of age.

Every spring, a pair of osprey return to nest on the salt marsh at the Great Bay Discovery Center. Here, they utilize the resources from the estuary to hunt and care for their young. Their nest can be seen from the boardwalk, so visitors can observe the osprey until they migrate south again in mid-September. 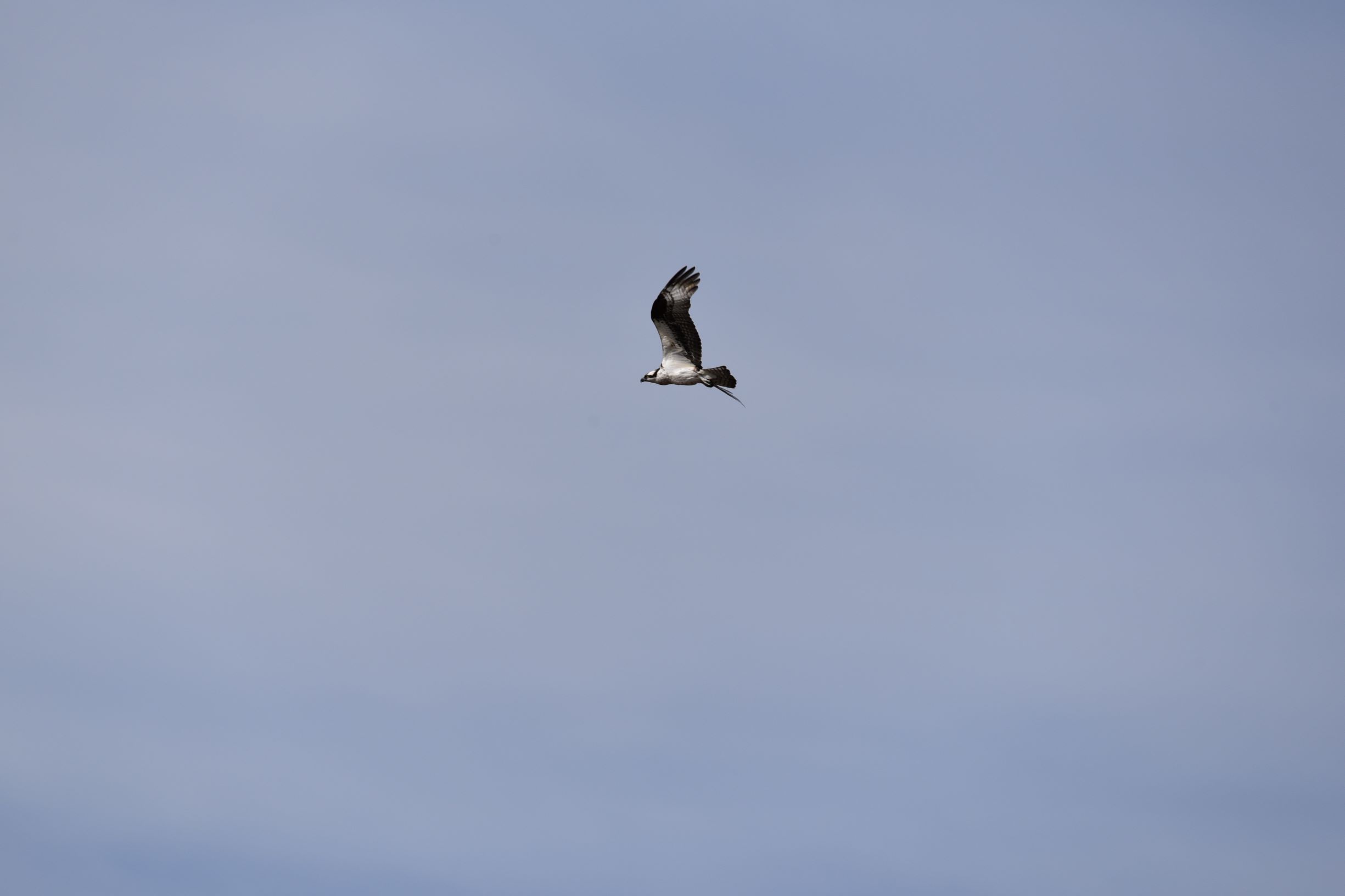