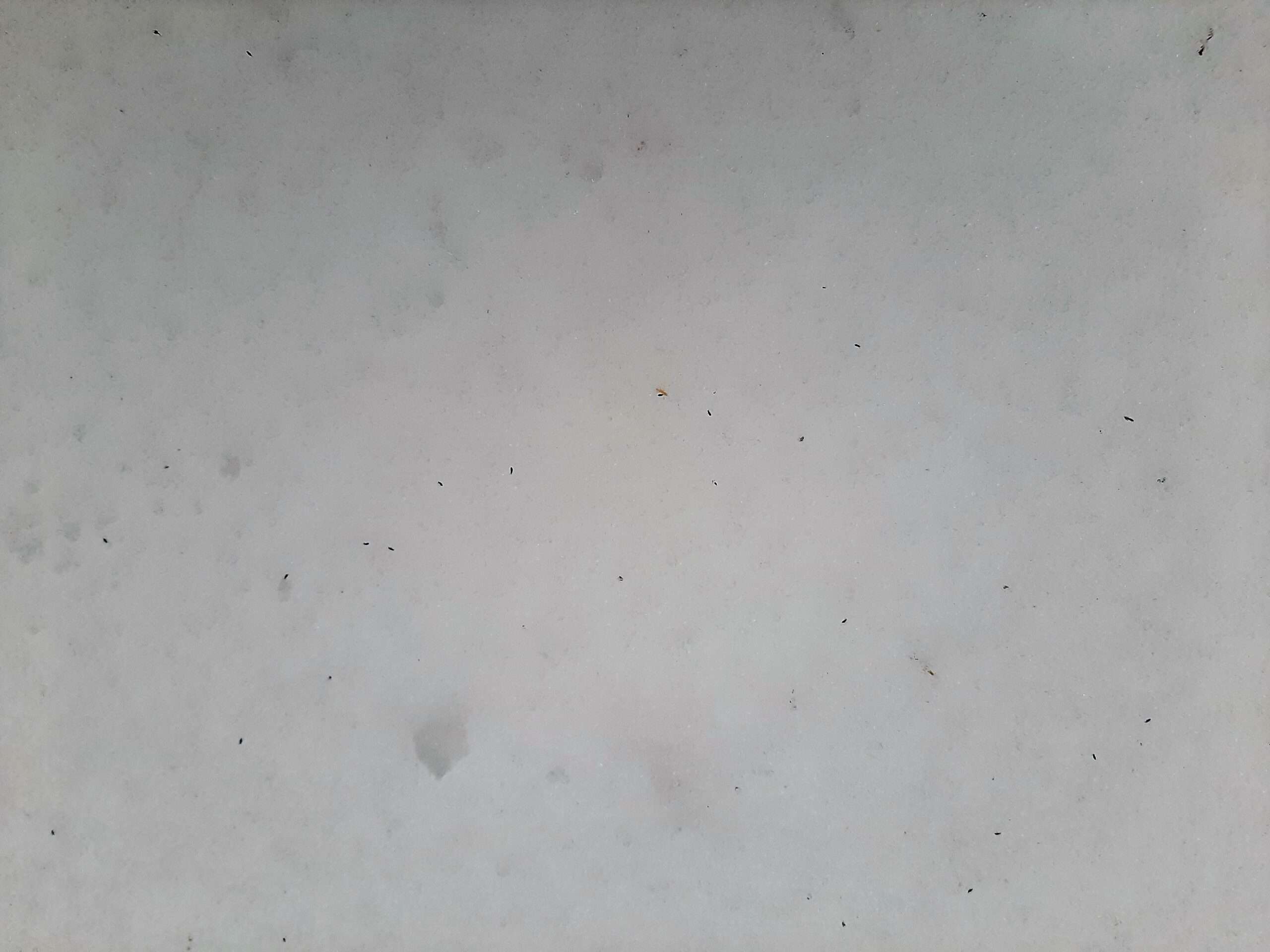 Fleas?  Ewe!  Just kidding….snow fleas, or springtails, are not fleas at all, and in fact are not even true insects!  Never heard of them?  That’s okay, you can learn about them in this blog post!  When you are outside on a warm winter day, with the snow starting the melt, you may see what looks like black pepper sprinkled on the snow.  Look closer, and watch for movement….these are snow fleas and they are very common!
Snow fleas derive their common name because they live in the snow and actively jump, much like fleas. However, other than the flea-like jumping, they bear no other similarity with the common cat or dog flea. They do not bite people or pets and seldom ever get into homes.  They are omnivores and their food is microscopic, decaying bits of algae, fungi, and bacteria that they find near the surface of the soil or in leaf litter where they live. Because they are decomposers, they contribute to healthy soil.  They are most common in moist areas with plenty of organic material, such as heavily wooded areas where decaying logs and other plant material are plentiful…..the Woodland Walk at the Discovery Center is where we found them last week!  In fact, if the soil dries out, they move to another, wetter, area.  They are active year round, but most visible in the winter because of the snow and in fact, in winter they are the only active arthropod above ground.  Arthropod might sound familiar….our favorite critter the horseshoe crab is in the arthropod phylum which includes insects, arachnids, and crustaceans!
Springtails support themselves on 3 pairs of legs, like insects, but rather than walking, running or jumping, they shoot themselves around by using a unique appendage or tail at the rear of their bodies, hence their name: springtail. Watch this fun YouTube video to learn about them and how they move!  Springtails tend to get overlooked because of their small size – 1 to 3 millimeters in length – and the fact that they are most often in the soil or the leaf litter and not easy to see. But they are reputed to be one of the most abundant of all macroscopic animals. They live virtually everywhere that there is moist soil and related organic resources. They are a surprisingly large part of our woodland ecosystems, and estimates of numbers are as high as 750 million per hectare or approximately 6,968 per square foot of ground. In other words, every step you take in a wooded area is supported by 41,808 springtail legs!